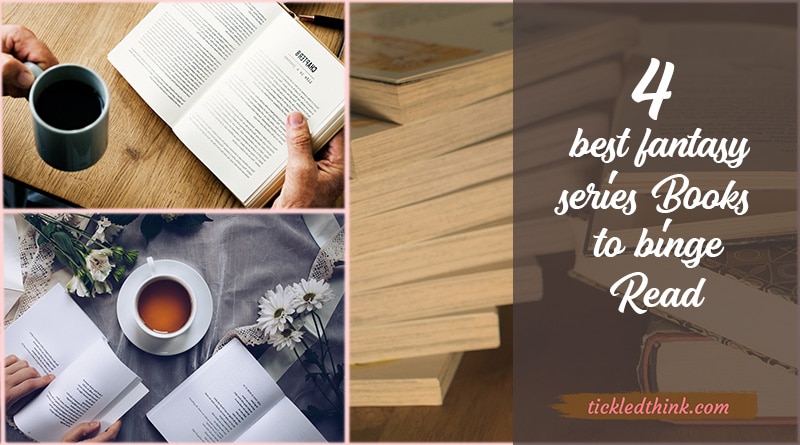 Are you one of those readers who just love to binge read the whole series but doesn’t have the patience to wait for the next book? Then we are certainly on the same boat. I know how frustrating it feels when a book ends in a major cliffhanger and you have to wait for months or even a year for the next books. So to save you all the frustration, I’ve put up together 4 fantasy binge worthy books that you can start today without the need of waiting years for the next installment plus you don’t have to experience any frustration when a book ends in a major cliffhanger. So read on to see the list.

We follow this girl named Celaena who is a notorious assassin. She served a year of hard labor in salt mines of Endovier as a punishment for all her crimes until one day the crowned prince, Prince Dorian, chose her to become his champion in a competition of finding the new royal assassin; offering her freedom in return. As long as she is able to beat her opponents in a series of tournaments, she then will serve the kingdom for four years and then she will be granted her freedom. Things started to get a little interesting when the prince started to show interest in her but everything got of control when one of the contestants was found dead, quickly followed by another. Now it’s up to Celaena to find who the killer is before she becomes a victim.

This story takes place in a fantasy world where there are different parallel versions of London, so there is White London, Red London, Black London and Gray London. Gray London is essentially just like the London that we know while the other London’s are very different from Gray London. Gray London doesn’t have any magic. Red London does have magic and that is where our main character is from. White London also has magic but is led by two very corrupt leaders who just want to use magic for power while Black London has been closed off because it was consumed by magic. We follow around our main character named Kell who is an Antari – they are special types of magicians who can use bone magic, blood magic and also travel between these parallel London’s. There are rules bound in this world where you’re not supposed to bring anything from the other parallel London’s into the Red London. However, Kell, who is unofficially a smuggler, accidentally ends up smuggling something that gets him in a lot of trouble and from there on is where the action and the rest of the story continues.

The Raven Boys follows this girl named Blue who lives in a family of clairvoyant. She has always known her destiny that she will be the cause of her true love dying and this was never an issue until she meets the raven boys. The Raven Boys is a group of four boys from a local private school. They are basically one of those privilege people that Blue has never shown any interest on. Until she meets them, that’s when everything changed. So our main character Blue gets caught up in the extraordinary world of the Raven Boys and finds herself joining them on their quest to find the Welsh King and then she realizes that her destiny ends up being more of a problem that she never thought it would.

This book is a YA Fantasy and Historical Fiction combined since it takes place in the era of the Gold rush. It follows the main character Lee, who has a special power that not many people know about. She has the ability to sense gold and in the era of the gold rush it makes her very vulnerable since everyone is out trying to find gold to build their wealth. She was forced to flee west to California because of a family tragedy. This story is all about her trying to find her way, safety and it basically revolves around what happened to her; since there’s this whole mystery surrounding the tragedy that happened to her.

What would you add on this list? What’s your favorite fantasy book? Let me know in comment section below. I would love to hear from you! 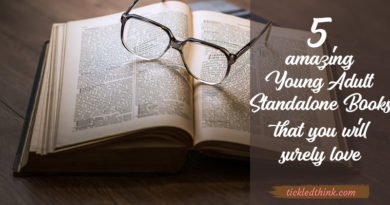 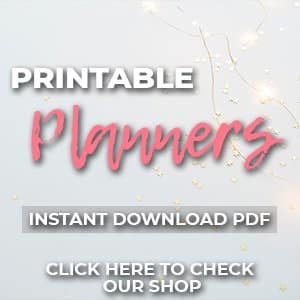